Johnny Bush - But I Didn't, Every Chance I Had Singer/songwriter/drummer Johnny Bush, born John Bush Shin III in Houston, began his country career as a vocalist and guitar player in 1952 at the Texas Star Inn in San Antonio. Eventually he switched to drums and in the early '60s began working in Willie Nelson's band, the Record Men. A year later, he joined Ray Price's Cherokee Cowboys. During his three years with the band, Bush tried to cut a record deal, but the labels felt he sounded too much like Price to be marketable. Nelson stepped in and paid for Bush to cut his first album, Sound of a Heartache. After strong local response, he first hit the charts in 1967 with the minor hit "You Oughta Hear Me Cry." The next year he had three hits, including the Top Ten "Undo the Right."

In 1972, Bush had a Top 20 hit with "I'll Be There," which led to a deal with RCA and a Top Ten hit with his song "Whiskey River," which later became WillieNelson's signature song. Just as Bush reached the brink of stardom, he started to lose his vocal range. Doctors were not able to diagnose the reason until 1978, when they found he had a rare neurological disorder, spastic dysphonia. This did not prevent his recording, but his career soon took a downturn. Working with "voice builder" Gary Catona in 1985, Bush was able to bring back about 70% of his original voice. The following year he and Darrell McCall teamed up to record the successful honky-tonk album Hot Texas Country. He then assembled a large country band and began performing around San Antonio. In 1994, he and the band released Time Changes Everything and launched a major tour; RCA also released a greatest hits album. 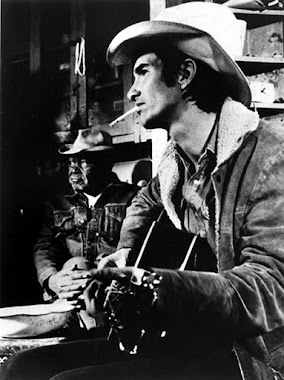 About "The Last Juke Joint"

The Last Juke Joint is a journal dedicated to the rich heritage of Texas music, both past and present. The musical selections presented are intended to increase awareness of Texas-based musicians, not to infringe on their intellectual property rights. However, I will respect the wishes of any artist to remove musical material, for whatever reason.
Please feel free to email me at zarz@email.com
Rick McGee